It seems that either the Education Minister is a poor communicator or that principals are ignoring not only her advice but her legislation.

The following was sent to parents of pupils of Sperrin Integrated College in Magherafelt in September 2009. It is little wonder confusion and chaos denominates the quest for accurate information for parents in the post-primary transfer arena when the principal, Mr Rowan, continues to make reference to the Pupil Profile instead of the Annual Report to Parents. Perhaps the Minister will have a word. 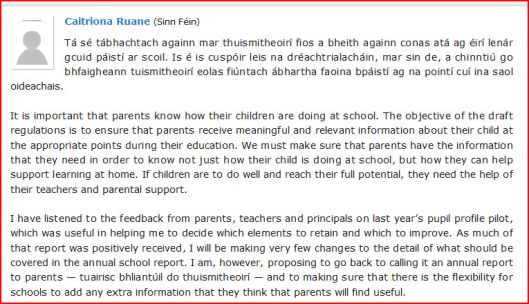